Use your mouse to aim the ball, left click to shoot.

You can only shoot when the arrow is green.

Nice idea. Kinda hard. I see you wanted to make this a rage game so spot on there. I would like to point out that the game doesn't need each shot to be a separate click: you can hold down the mouse button and the ball immediately jumps when it becomes slow enough. I don't think this would be a problem EXCEPT for that if you jump straight up, the ball becomes momentarily stationary in the air, effectively allowing double jumps. It also means that if the ball is rolling up a hill and stops, you don't have to do any careful timing to hit it while it's still on the hill: just holding the mouse button down shoots it for you. Probably not something you intended. Awesome game though

Thanks for seeing that I was going for a rage game, but it was bold of you to believe that I had left unintentional mobility “glitches”. The mobility “glitches” are for people who would want to try to speedrun the game, the mouse is also makes it harder to go along with the rage game. I am planning to continue the game as it’s own indie game.

It's a bit long to regain control after touching the ground. It can be frustrating to have to just wait while the player have nothing to do. Cool concept.

hmm, so I think I won’t change that. I am looking to make this game a fully fledged rage game… Thanks for playing RockyMullet!

this is pretty cool 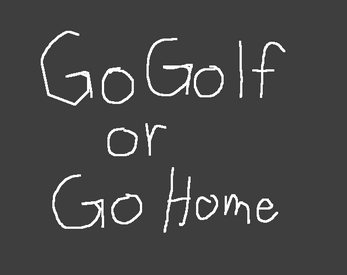